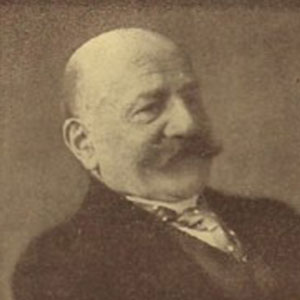 Alexander Moszkowski (15 January 1851 – 26 September 1934) was a German-Jewish satirist, writer and philosopher of Polish descent. He was the brother of the composer and pianist Moritz Moszkowski.

He was a friend of many celebrities in Berlin, among them the theoretical physicist Albert Einstein, about whom he was the first to publish a book in the summer of 1920 and consequently popularize the Theory of Relativity.[1] In his autobiography he wrote: "At the beginning of the 20th century the question of the conceivability of other worlds with modified physics and mathematics will be highly employed."

Born on 15 January 1851 in Pilica, former Russian-Polish border, his parents emigrated the following year to Breslau where he grew up with his brother, the composer Moritz Moszkowski. As a young man Alexander Moszkowski moved to Berlin where he met Julius Stettenheim, who noticed his qualities as a writer and hired him for his satirical magazine Berliner Wespen, in which he worked from 1877 until 1886. However, there being many differences between Stettenheim and him, he founded his own satirical magazine, the Lustigen Blätter, which reached large print runs particularly in the Weimar of the time.

Moszkowski was from 1892 a member of the Gesellschaft der Freunde. He was a personality of the Berliner society, and with celebrities such as Albert Einstein, he was among the first writers to bring the Theory of Relativity to a wider audience. He died on 26 September 1934 in the city of Berlin, in Germany.

This article uses material from the Wikipedia article Alexander Moszkowski, which is released under the Creative Commons Attribution-Share-Alike License 3.0. ( view authors).