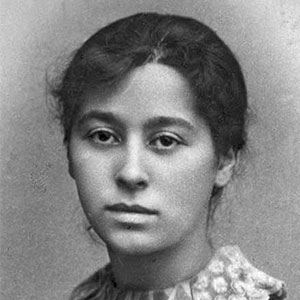 Amy Judith Levy (10 November 1861 – 10 September 1889) was a British essayist, poet, and novelist best remembered for her literary gifts; her experience as the first Jewish woman at Cambridge University and as a pioneering woman student at Newnham College, Cambridge; her feminist positions; her friendships with others living what came later to be called a "new woman" life, some of whom were lesbians; and her relationships with both women and men in literary and politically activist circles in London during the 1880s.

Levy was born in Clapham, an affluent district of London, on November 10, 1861, to Lewis and Isobel Levy. She was the second of seven children born into a Jewish family with a "casual attitude toward religious observance" who sometimes attended a Reform synagogue in Upper Berkeley Street. As an adult, Levy continued to identify herself as Jewish and wrote for The Jewish Chronicle.

Levy showed interest in literature from an early age. At 13, she wrote a criticism of Elizabeth Barrett Browning's feminist work Aurora Leigh; at 14, Levy's first poem, "Ida Grey: A Story of Woman's Sacrifice", was published in the journal Pelican. Her family was supportive of women's education and encouraged Amy's literary interests; in 1876, she was sent to Brighton and Hove High School and later studied at Newnham College, Cambridge. Levy was the first Jewish student at Newnham when she arrived in 1879 but left before her final year without taking her exams.

Her circle of friends included Clementina Black, Dollie Radford, Eleanor Marx (daughter of Karl Marx), and Olive Schreiner. While travelling in Florence in 1886, Levy met Vernon Lee, a fiction writer and literary theorist six years her senior, and fell in love with her. Both women would go on to write works with themes of sapphic love. Lee inspired Levy's poem "To Vernon Lee."

The Romance of a Shop (1888), Levy's first novel, is regarded as an early "New Woman" novel and depicts four sisters who experience the difficulties and opportunities afforded to women running a business in 1880s London, Levy wrote her second novel, Reuben Sachs (1888), to fill the literary need for "serious treatment... of the complex problem of Jewish life and Jewish character", which she identified and discussed in her 1886 article "The Jew in Fiction."

Levy wrote stories, essays, and poems for popular or literary periodicals; the stories "Cohen of Trinity" and "Wise in Their Generation", both published in Oscar Wilde's magazine The Woman's World, are among her most notable. In 1886, Levy began writing a series of essays on Jewish culture and literature for The Jewish Chronicle, including The Ghetto at Florence, The Jew in Fiction, Jewish Humour, and Jewish Children.

Levy's works of poetry, including the daring A Ballad of Religion and Marriage, reveal her feminist concerns. Xantippe and Other Verses (1881) includes "Xantippe", a poem in the voice of Socrates's wife; the volume A Minor Poet and Other Verse (1884) includes more dramatic monologues as well as lyric poems. Her final book of poems, A London Plane-Tree (1889), contains lyrics that are among the first to show the influence of French symbolism.

Levy suffered from episodes of major depression from an early age. In her later years, her depression worsened in connection to her distress surrounding her romantic relationships and her awareness of her growing deafness. Two months away from her 28th birthday, she committed suicide "at the residence of her parents ... [at] Endsleigh Gardens by inhaling carbon monoxide. Oscar Wilde wrote an obituary for her in Women's World in which he praised her gifts.

This article uses material from the Wikipedia article Amy Levy, which is released under the Creative Commons Attribution-Share-Alike License 3.0. ( view authors).